The World Columbian Exposition in Chicago in 1893 celebrated the 400th anniversary of the Columbus’ landing in the New World. For the fair, George Washington Gale Ferris Jr. created an attraction unlike anything the world have ever seen.

This Gizmodo article has a ton of information about both the creation and destruction of the wheel. It is a very interesting read.

Suffice to say that the building of the world’s first Ferris Wheel was gargantuan task. It involved engineering and building techniques never before used or even thought of. 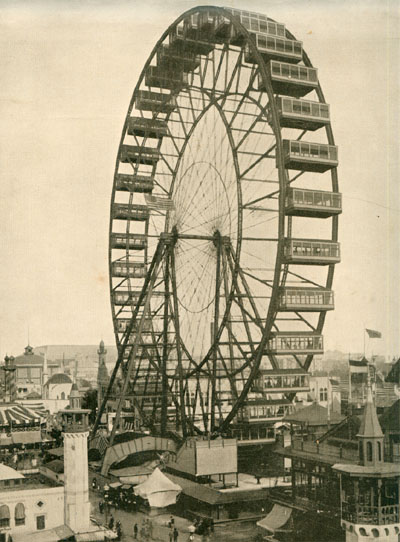 Those who found the site despite the themed piece being non-existant included: