Found in Astana (or Астана, which translates to “Capital City”), this 65M/212ft ferris wheel was opened in 2017. It is at the center of what was once the Duman Entertainment Center, now called Ailand. 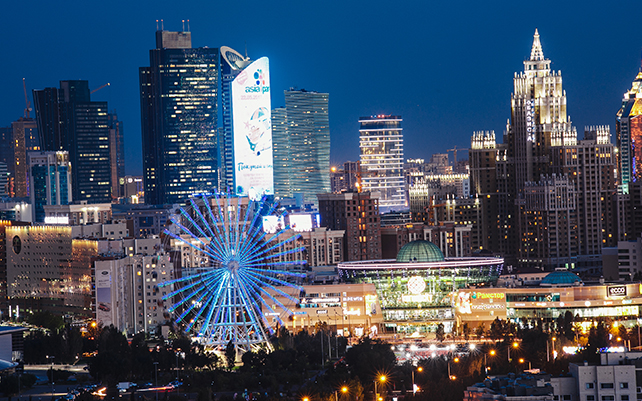 Astana is the 2nd coldest capital city (next to Ulaanbaatar) with winter temperatures often reaching -30 to -35C. Ailand’s web site has a page with the ferris wheel that says “In winter, the Ferris wheel will operate up to -15 degrees, with wind speed up to 20 meters per second.”

Those who located this wheel included: