Much to the chagrin of the citizens of Lincoln City, Oregon, the Roe River, which flows from the Giant Springs to the Missouri River, it the official holder of The Guinness Book of World Record as “Shortest River”. 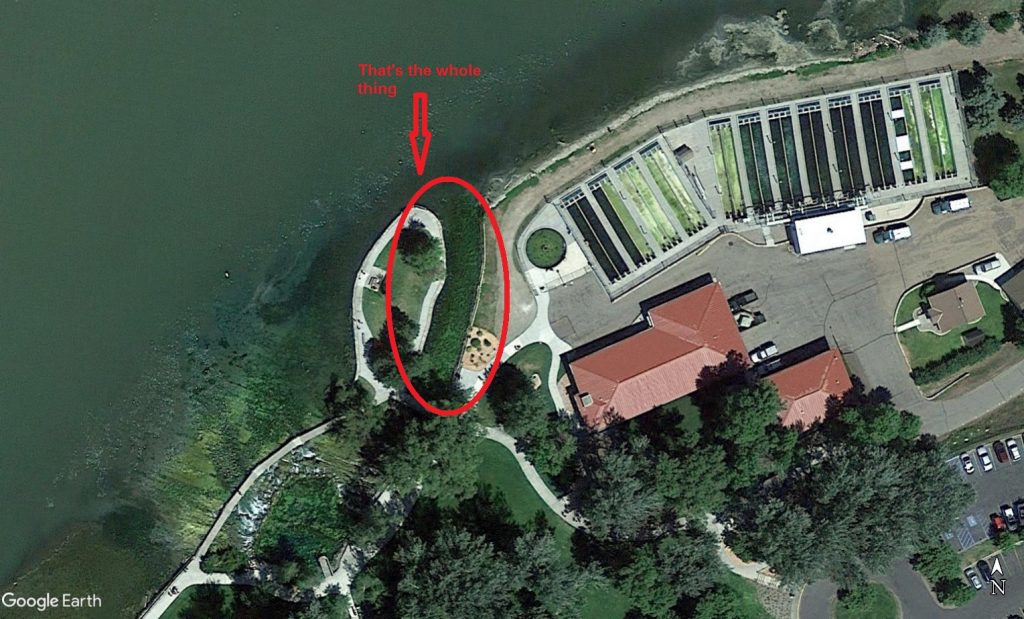 The people of Lincon City were not about to just let this go without a fight. In addition to claiming that the Roe was nothing more than a drainage ditch that some elementary students measured as a class assignment, they also claimed that their beloved D was, in fact, only really about 120′ (37 m) long (at “extremely” high tide). The Roe proponents shot back that the D was just an ocean water backup. This went back and forth until eventually the fine people at Guinness threw up their hands in disgust and discontinued the category just to end the argument, leaving the Roe as the permanent title holder.