This week, we visited the train cemetery just outside of the desert town of Uyuni, Bolivia. Filled with hollowed out bodies that have completely rusted over and other remains, the “Great Train Graveyard” can be found high in the Andean plain. Uyuni has long been known as an important transportation hub in South America and it connects several major cities. In the early 19th century, big plans were made to build an even bigger network of trains out of Uyuni, but the project was abandoned because of a combination of technical difficulties and tension with neighboring countries. The trains and other equipment were left to rust and fade out of memory. 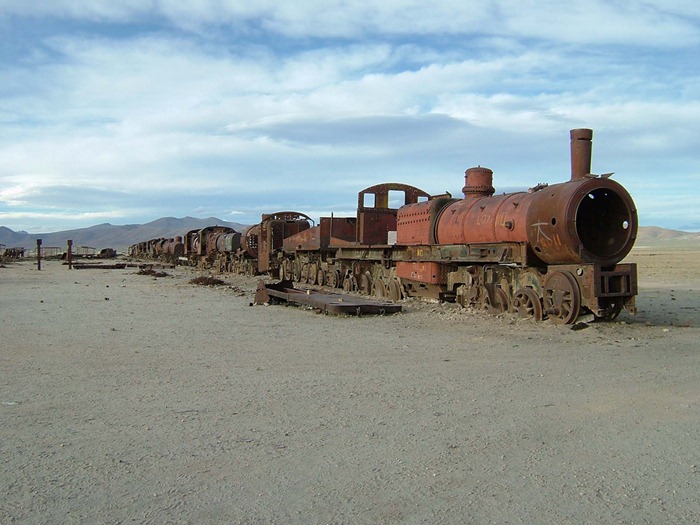 Most of the trains that can be found in the Graveyard date back to the early 20th century and were imported from Britain. In other places in the world, the mighty steel trains would have held up better. The salt winds that blow over Uyuni, which hosts the world’s largest salt plain, have corroded all of the metal.

Found, despite all tracks not leading to a cemetery: