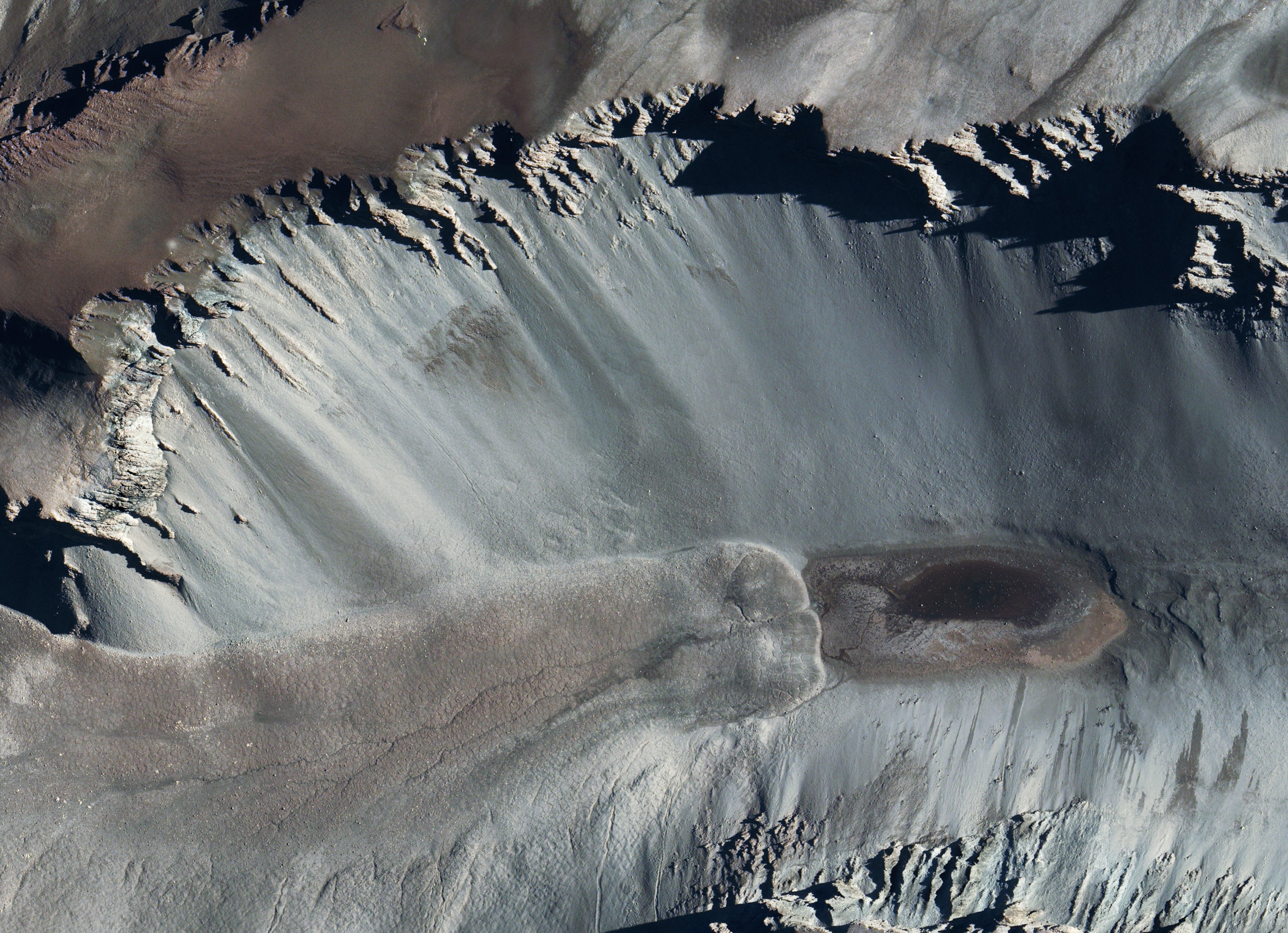 Don Juan Pond should maybe not be called a “pond” since at its deepest it hits a whopping 11cm or 4″. Also, because of the proclivity of the water from the “pond” to disappear into the depressions of nearby boulders (as you can see in this GigaPan picure)

It has 44% salinity by weight, which is 18 times saltier than the ocean and even at least 30% saltier than the Dead Sea and Lake Assal. In fact, it is so hypersaline that it never freezes — the only body of water on the continent that can claim that. 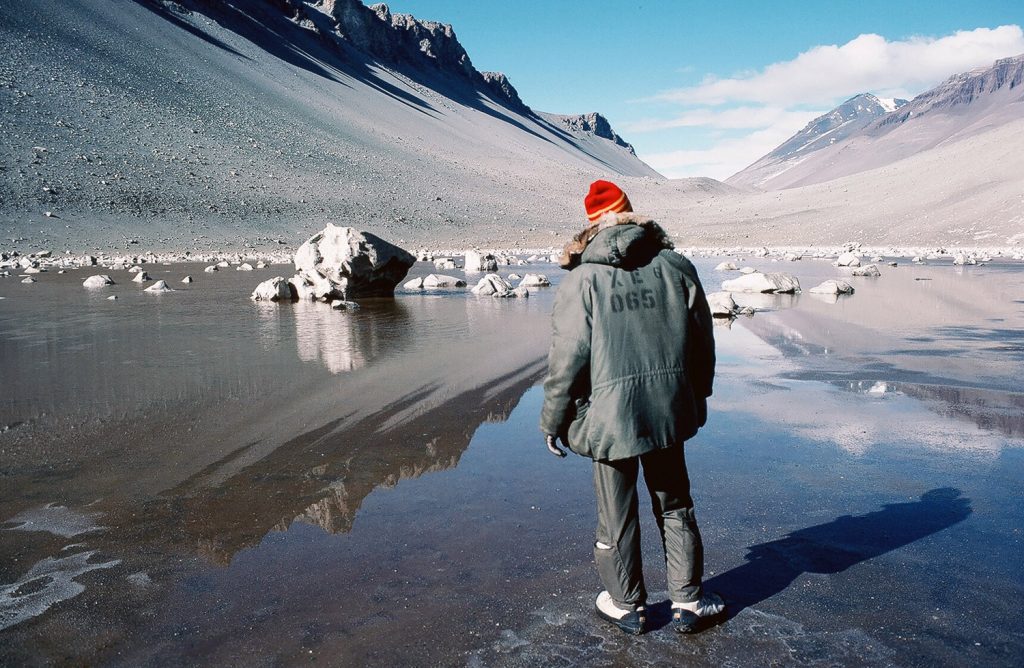 Don Juan Pond is a fairly new discovery, found by George Meyer in 1961 and named after his helicopter pilots Lt. Don Roe and Lt. John Hickey. In 1965, a pair of Japanese scientists, Tetsuya Torii and Joyo Ossaka, discovered a previously unseen form of calcium chloride (hexahydrate) with a unique crystalline structure. This mineral has taken on the name of Antarcticite.

Those who braved the cold and found this place included: