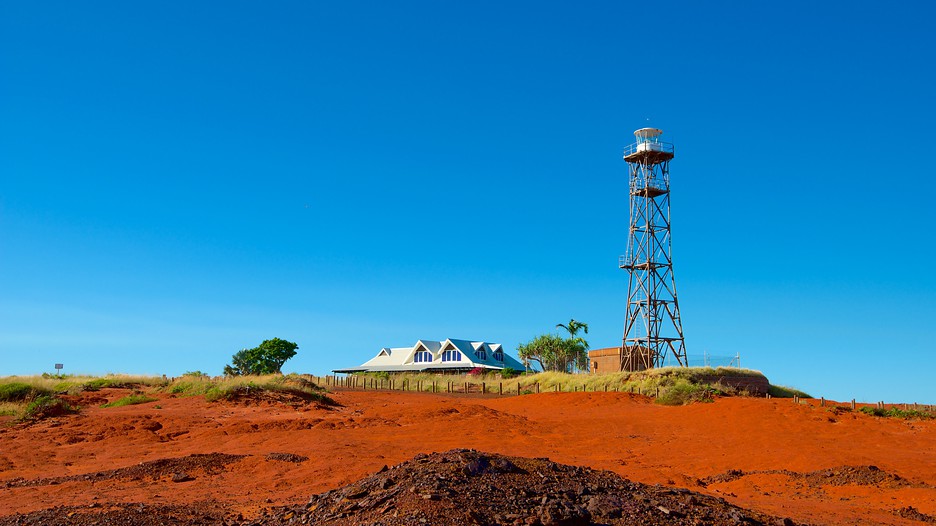 Gantheaume Point is also famous for the National Heritage listed dinosaur footprints found in the intertidal area. During the Cretaceous period, Broome was a massive river delta rich with dinosaur life. At least nine species of dinosaur footprints have been identified in the 130 million year old Broome sandstone. At Gantheaume Point you can see good examples of three-toed theropod prints and enormous round sauropod prints. The theropod prints belonged to five metre long Tyrannosaurus-type predatory dinosaurs, and the sauropod prints show where 30 metre long, 70 tonne Brontosaurus-type dinosaurs walked.

Located in the red sand: