As the water rushes in as at high tide and out at low tide, the effect, best viewed from a low flying plane, across the breaks in the rocks creates the illusion of a waterfall, only instead of falling from height, it moves horizontally. 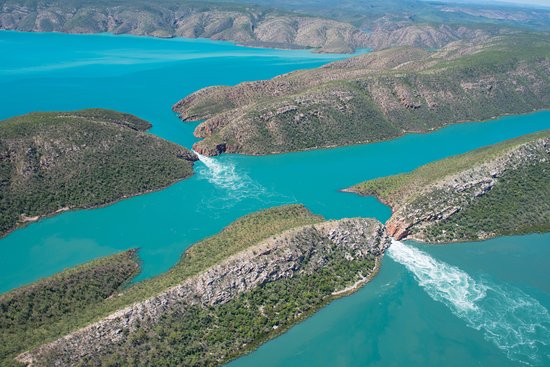 Which ends yet another series! Congratulations to the winners of this round all with perfect scores: Eloy Cano, Garfield and Lighthouse.