This started out as one contest, but one of our regular contestants quickly turned it into another one.

Etgar Keret is an Israeli author and screenwriter. Among his works are the screenplay for “Wristcutters: A Love Story”. In 2012, he was invited to reside in a special house — a work of art by the architect Jakub Szczęsny — the narrowest house in the world.

The structure is 2 stories high with a total of just over 4 square meters of floor space. All good — the reveal was written and queued up, ready to go, then we got Phil Ower’s comment who pointed out that this was also the location of one of the Warsaw Ghetto Boundary memorial markers. Specifically, the location of a wooden bridge (The Bridge of Sighs) which connected the large and small ghettos and became a strong physical icon of the Holocaust. 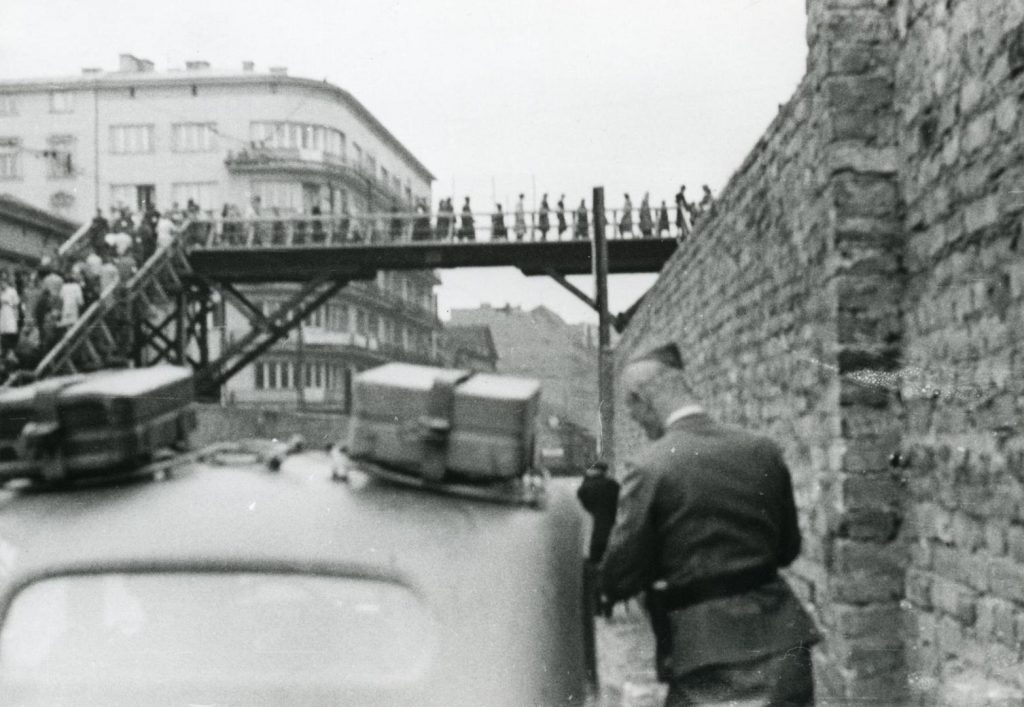 There was no way we were going to declare Phil wrong, given the importance and power of this find, especially when he was completely right. So everyone who gave either answer was given credit.

Those who squeezed in a correct answer before the hint were: