Otto Lilienthal was a pioneer in gliders. Starting in 1891, he was one of the first to fly in these and not immediately die in the process. In 1894, he got tired of traveling all over Germany to find good launch spots, so he decided to build one near his home in Lichterfelde, which is now part of Berlin.

Some years after his death in 1896 (yes, his luck ran out with respect to glider flights and he broke his neck during a crash), the monument was added to the top of the artificial hill. The monument consists of a bronze globe with a circular pavilion. 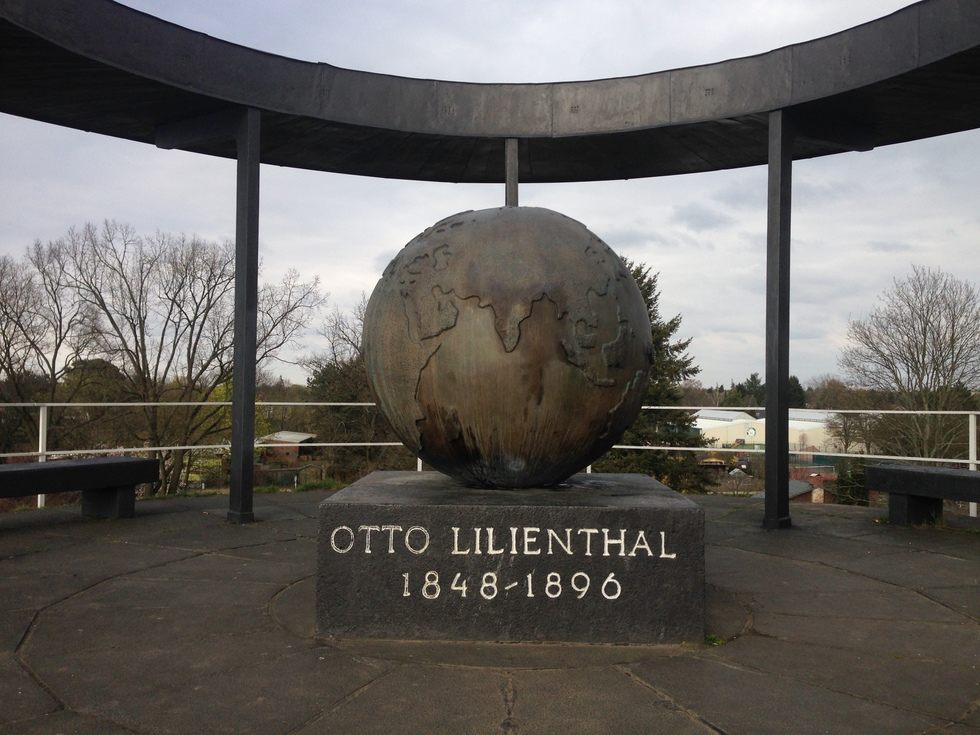 Those who took off here and landed before the hint included: