Any list of the most iconic album cover images of the rock era would have to include 1977’s “Animals” by Pink Floyd.

The artwork began as a series of photographs of a giant helium inflated pig balloon floated above Battersea Power Station in London. Interestingly enough the balloon’s moorings broke and the pig “escaped”, eventually floating over Heathrow Airport, causing a temporary closure of the airport.

Today, Battersea Power Station is under reconstruction as a site that will include a smaller, cleaner power station (retaining its classic look) along with shops, residential areas, office space (Apple will have a large presence), and green space. But, alas, no flying pig is planned for the new development — such a missed opportunity! 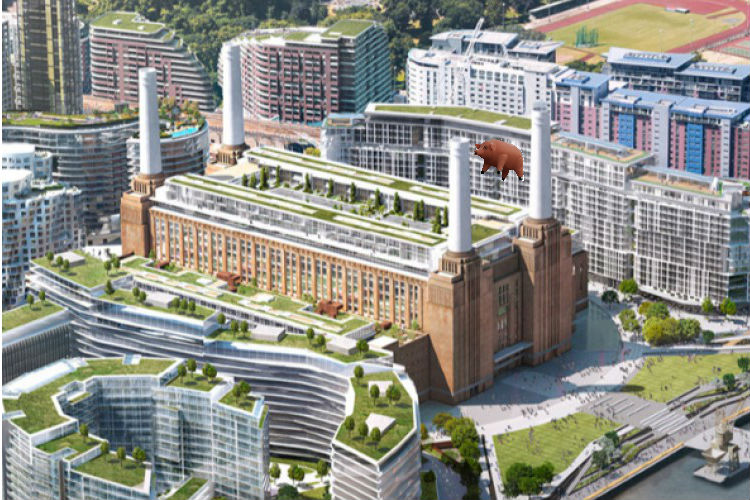 Those who joined in watching for pigs on the wing:

None after the hint.