Contest #506 shows the small town that helps support the huge Argyle diamond mine in northwest Australia.

The mine opened in the mid-1980’s and is the world’s largest producer of pink diamonds, now being coveted after years of being thought to be just dirty.

The mine is slated to close in a few years as the supply of diamonds runs out. It started off as an open pit mine but is now mainly underground. 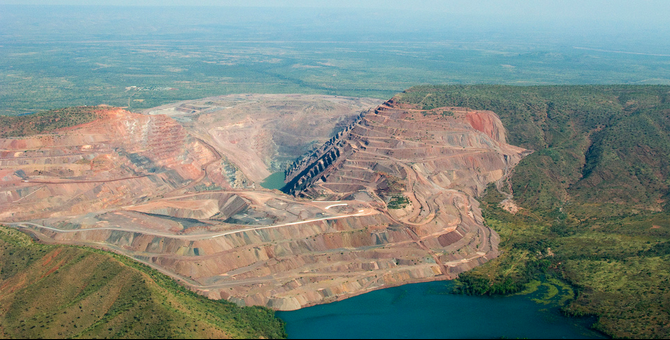 Found this gem in the desert without any problem: