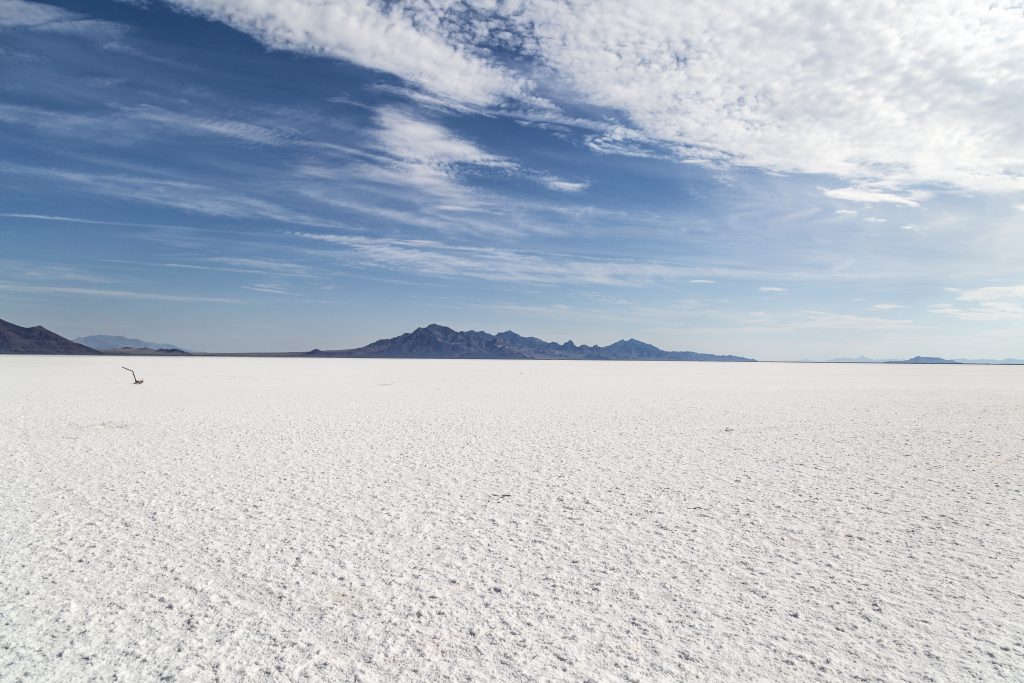 About 30,000 years ago, Lake Bonneville formed in what is now western Utah. This lake was massive — way larger than The Great Salt Lake, about 83,000 km2

About 15,000 years ago, a natural dam, at Red Rock Pass in eastern Idaho, which had helped create the lake, collapsed, creating The Bonneville Flood, considered the 2nd largest flood in recorded geologic history.

After the water had mostly run off, it left behind, among other things, this perfectly flat salt pan. The surface is kept flat because of a constant yearly cycle of winter flooding and spring/summer drying.

Because of this nearly flawlessly flat surface, the Salt Flats make a great surface for setting speed records. The first land speed record was set there in 1914, and many others have followed.

This location is highway rest stop on I-80 about 10 miles west of Wendover, Utah. Here, the state of Utah has set up an information station for those who want to walk out onto the flats 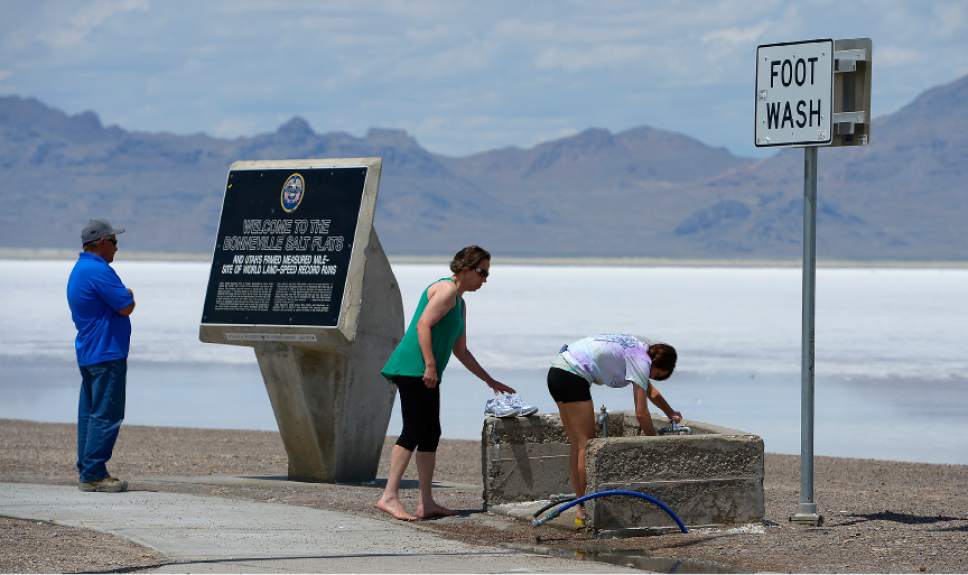 Those who raced out to the site before the hint were: