This image with the rings stood out to me as an interesting location – what resulted in the rings? Natural, man-made?

After some investigation, it turned out to be the site of a refinery built to serve the small oilfield discovered just southwest of the town of Sunburst, Montana in the USA.

Built in 1924, it operated until 1961, after it was discovered that oil was leaking from pipes and getting into houses in the town. 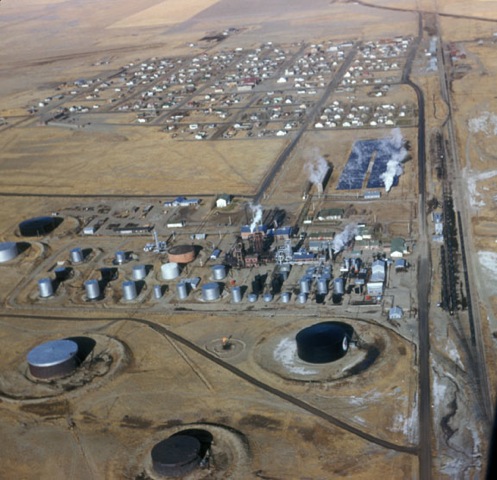 Found before the oil ran dry (or in this case underground):