This island served as a garden site for the residents of Kaprije, an island in the Šibenik archipelago on the Dalmatian coast of Croatia. Fishermen would drop their wives off on the island on their way out to catch fish, then pick them up on their way home at night. The wives would tend to gardens bordered by the hand-made dry walls. In the last century or so, this practice has dwindled, so that the land has gone fallow and is slowly being taken over by pine trees. 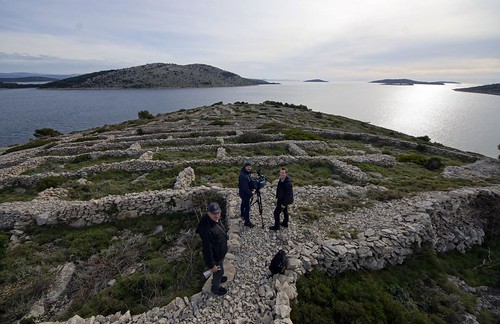 Those who found this fingerprint island included: