In 1920, a farmer was plowing a field near Grootfontein, Namibia when his plow suddenly screeched to a halt. Curious about what he had run into he dug in the soil to find a large piece of metal. The large metal mass quickly attracted the attention of scientists and others, who identified it as a meteorite and removed the soil around it. Although excavated, the meteorite has not been moved from its location of discovery because of its great weight. However, many pieces have been removed for scientific study and through vandalism.

Hoba is thought to have fallen to Earth about 80,000 years ago. It is composed of about 84% iron, 16% nickel, and trace amounts of cobalt and other metals. An abundance of iron oxides in the soil around the meteorite suggests that it was much larger than 66 tons when it landed and has suffered significant losses from oxidation. It is surprising that this meteorite is not surrounded by a crater. Objects of this size should punch through the atmosphere at a very high rate of speed and hit Earth with enough force to blast a significant crater. No crater is present around the site of the meteorite. This suggests that it fell to earth at a lower rate of speed than expected. Some scientists believe that the flat shape of the object may be responsible for its low velocity at impact.

The Namibian government has declared the meteorite and the site where it rests as a national monument. The site now has a small tourist center and is visited by thousands of people each year. 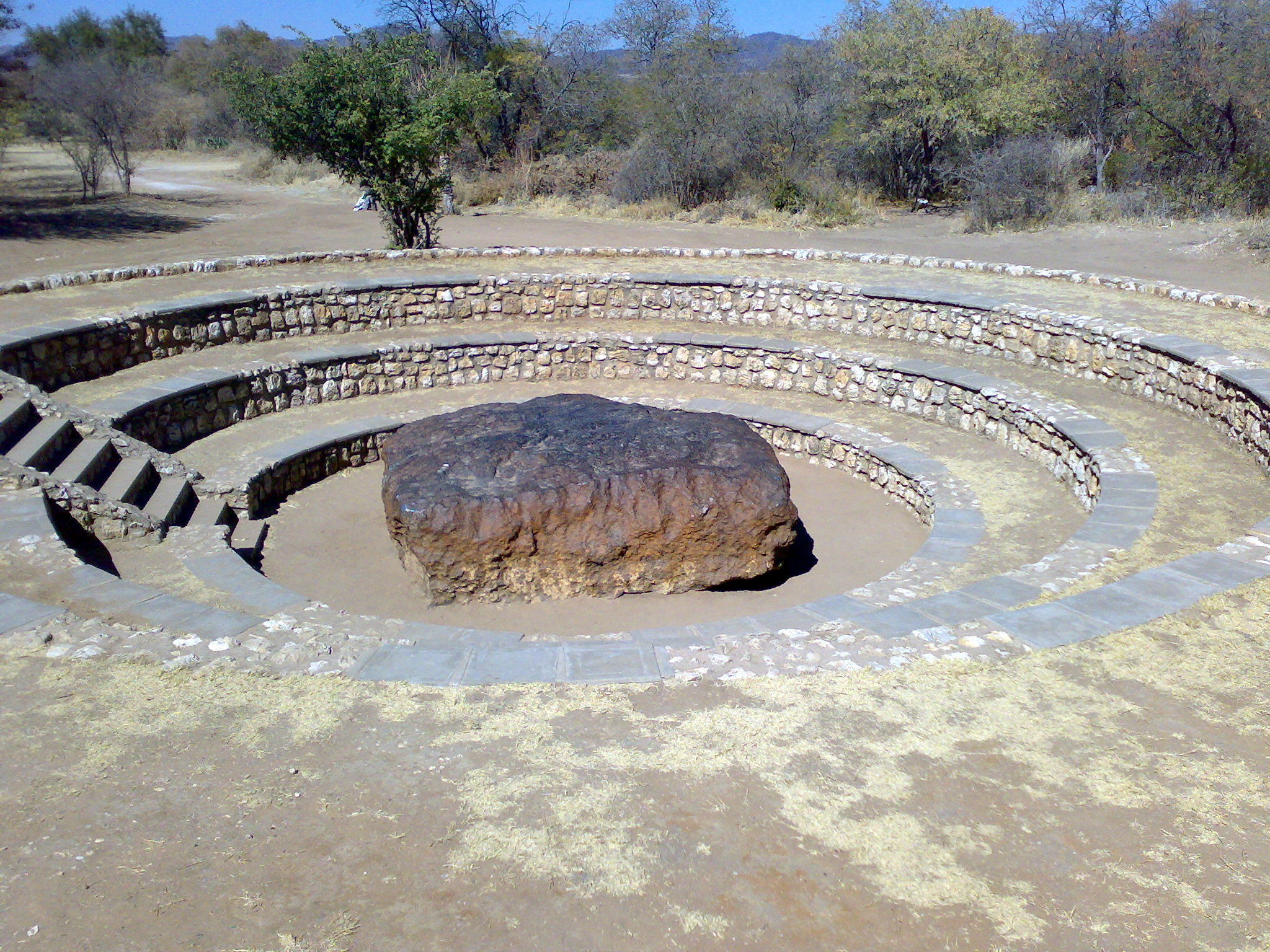 After the hint for 1: