Jewish tradition holds that before Moses was revealed as a Hebrew, while he was still an Egyptian prince, he commanded an army that defeated the Ethiopians at a town called Saba, which he renamed Meroë. The Ethiopian king’s daughter was apparently quite enamored with Moses, and she agreed to turn the city over to his army in exchange for marrying her. According to Josephus, he not only married her, but they produced at least one child. There’s probably a Dan Brown book coming any day about all this.

Anyway, Meroë is the home of the Meroë Pyramids. All together, there are 50 pyramids in the vicinity, more than in all of Egypt. They were constructed between about 750 BCE and 350 AD. 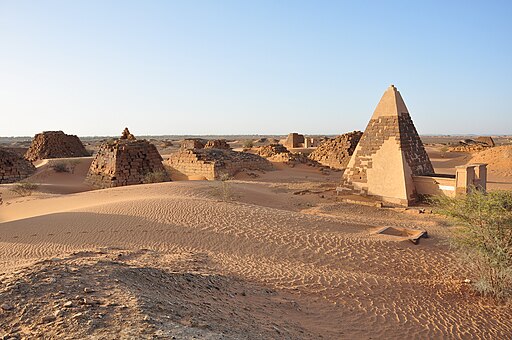