Puquios is a large aquaduct and irrigation system thought to have been constructed by a pre-Columbian civilization in Peru about 2000 years ago. The spiral holes are called “ojo” or “eyes” and were, for most of our age, thought to be only for accessing the underground aquaducts and cleaning of the water tunnels. Recently, though, Italian scientists and forumlated a theory that the shape of the hole creates an air funnel that actually helps push the water along through the tunnels. 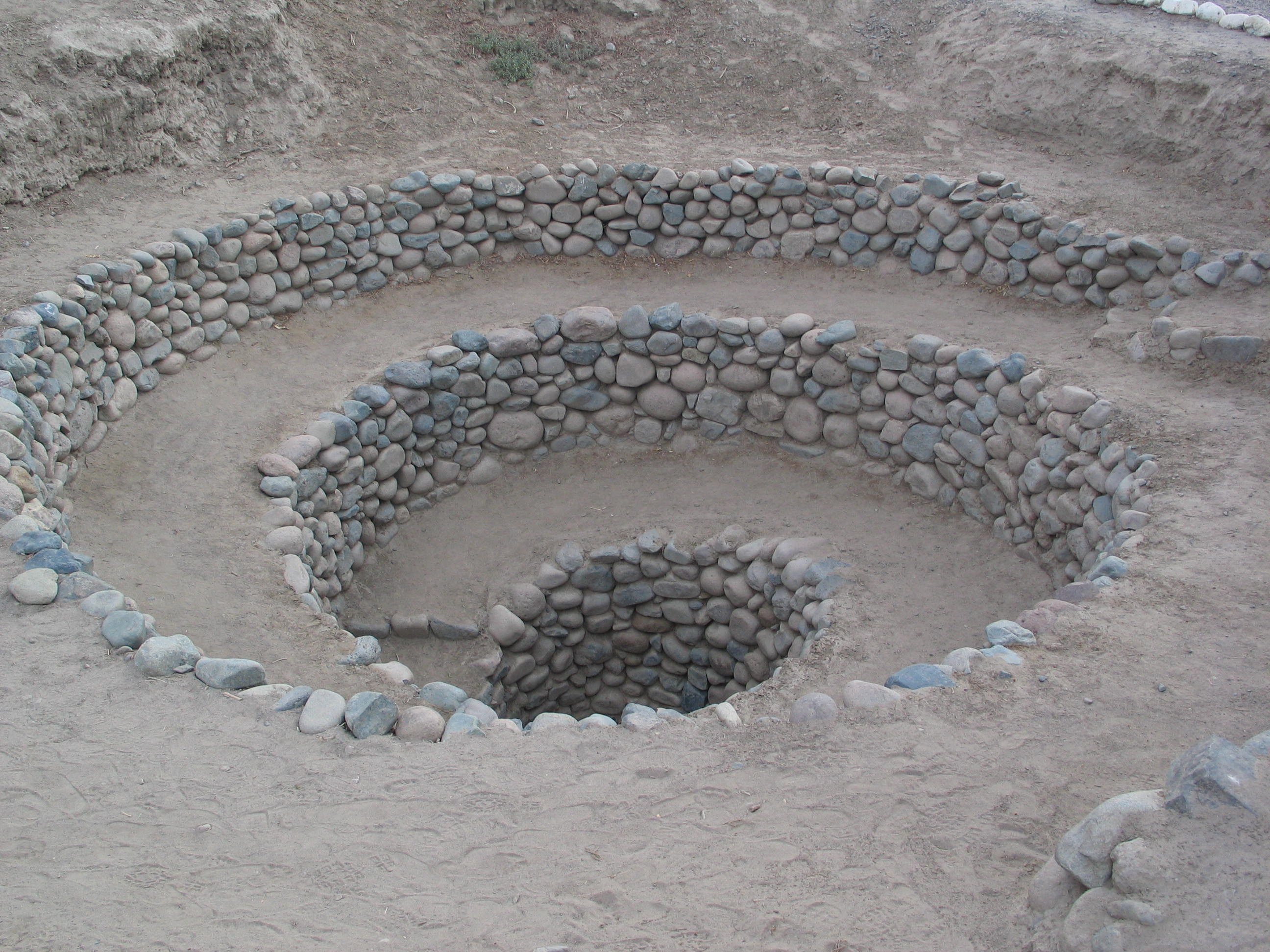 Those who fell into the wells before the hint included: