The Poles built this in 1939 in anticipation of WWII. They never got to use it, but the invading Germans did as an air raid shelter and observation post. Post-war the Poles continued to think of it as a possible defensive point, but by 1970 abandoned the notion, and turned it over to civilian control. 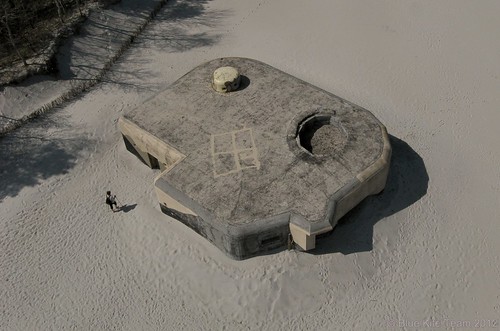 A dramatic shot of the place And a web page about the history of the bunker:

This contest proved considerably easier than we thought it might be. Well done, all hands.

Those who found it (all before the hint) were: