The switchback road you see was part of Route 66, from 1926-1937. For a while Route 66 ran through downtown Santa Fe. After 1937 the route ran considerably straighter through the middle of Albuquerque, mostly along the present Central Avenue. Central Avenue and Fourth Street are a crossroads where the pre- and post- 1937 alignments of Route 66 cross each other.

The switchback that is the subject of this weeks quiz is about 5 miles west of the present La Bajada hill (considerably straighter) on Interstate 25. The old road pre-dates Route 66 by quite a bit (1598!), going back to El Camino Real, the road from Mexico City, to Santa Fe, then the provincial capital of Northern New Spain. 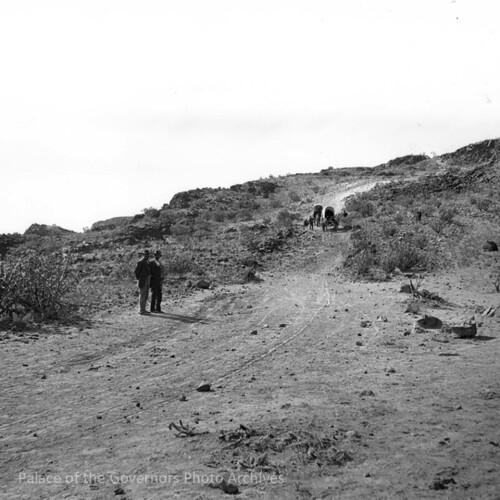 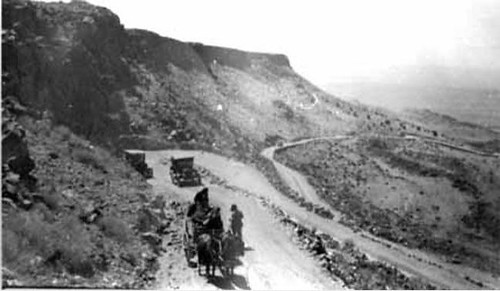 Back when, early automobile traffic:

Two headed down, one going up: 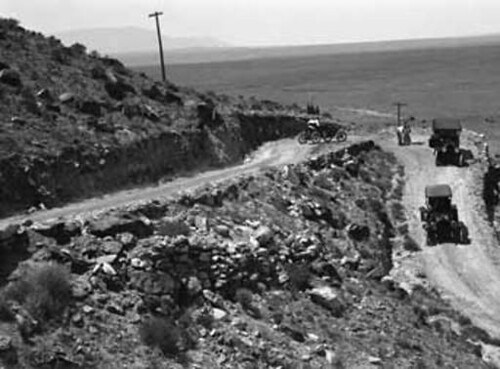 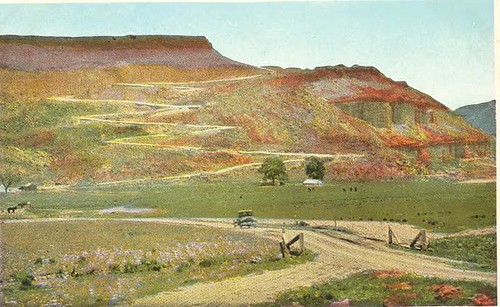 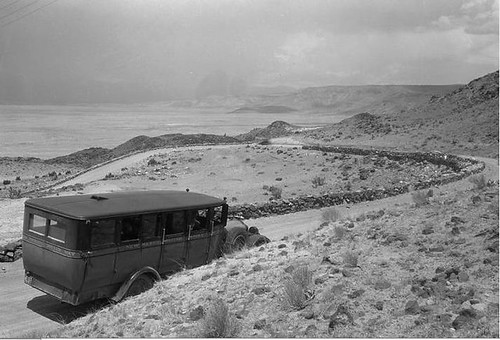 Now long disused, but the subject of lots of attention. Present day video:

Those got their kicks before the hint:

Those who needed the oldest Rand McNally Road Atlas