Whitefriar Street Church is home to some of the relics of St. Valentine, the Roman Catholic saint commemorated every year on February 14th.

In 1836, an Irish priest from the church named John Spratt visited Rome and gave a series of sermons there. Pope Gregory XVI was so impressed with Fr. Spratt, that when it was time for him to return home, the Pope presented him with some of the remains of St. Valentine. 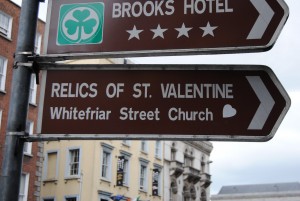 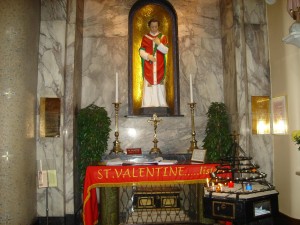 Those who dug up the bones were:

and those who required a little bit of divine intercession (in the form of the hint):