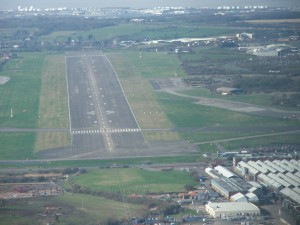 The Filton Aerodrome has a history that dates back to the first aircraft production facility in England at the beginning of World War I, includes major participation in World War II and the development of the British airline industry.

Filton is very important in the creation, maintenance, and eventual demise of the British side of the Concorde. The first British Concorde to fly left Filton on 9 April 1969, and the last Concorde to fly landed at Filton on 26 November 2003. It is this last plane (G-BOAF) which was the “white triangular object” from the hint. 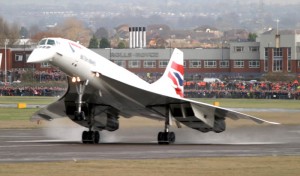 The airport closed at the end of 2012, and the runway was broken up in January of 2013. The land has been sold to a development company who wants to turn it into a housing complex and aviation museum (which will house the G-BOAF Concorde).

Those who witnessed the flyover included:

And after that pesky hint: