Mustang is the former Kingdom of Lo which ended in 2008 when Nepal became a republic. The walled city of Lo Manthang is its capital. 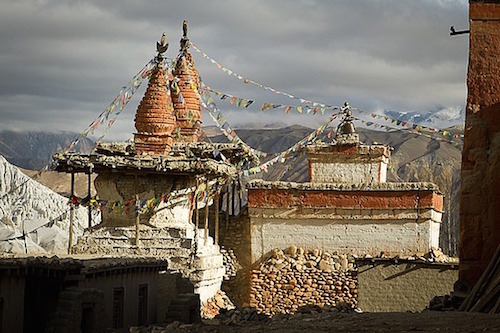 It is the part of an ancien trade route between Nepal and Tibet, trough the Kora La pass of the Himalaya.

Those who found the wrong picture: