The Five hundred meter Aperture Spherical Telescope (F.A.S.T.) is currently under construction in SouthWest China. Upon completion it will be the largest radio telescope in the world, beating the current record holder (Arecibo observatory, Puerto Rico) by a factor 3 in sensitivity. 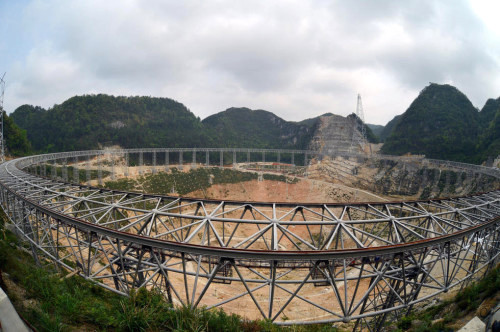 Construction started in 2011 and will be completed September 2016
This is how it will look by then: 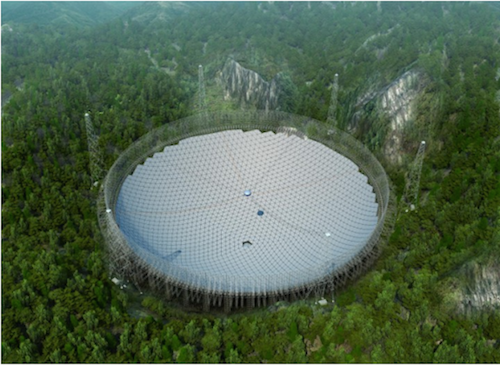 Those who changed their golden eye