If there was some weird contest who has the longest place name on earth, this one had won hands down. It is longer than the places of contest #217 and contest #249 and -according to Wikipedia- it means ‘The summit where Tamatea, the man with the big knees, the climber of mountains, the land-swallower who travelled about, played his nose flute to his loved one’. 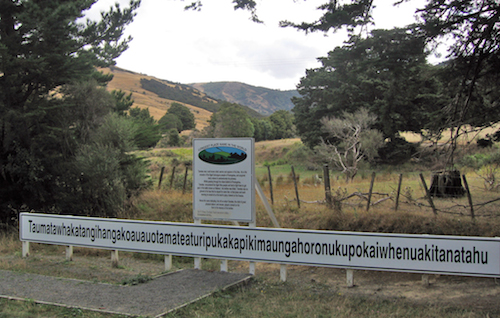 There are some longer versions around, but this one seems to be the official one.

Those who counted 85 letters:

Kudos to Paul Voestermans, who found this before the hint was out.