Mr. Yoshikuni Kamichika visited The Netherlands in 1979 and was impressed by the Dutch water engineering skills. He was looking for a suitable development project for a location in the Omura bay and decided upon a Dutch Theme Park, named ‘Huis ten Bosch‘ 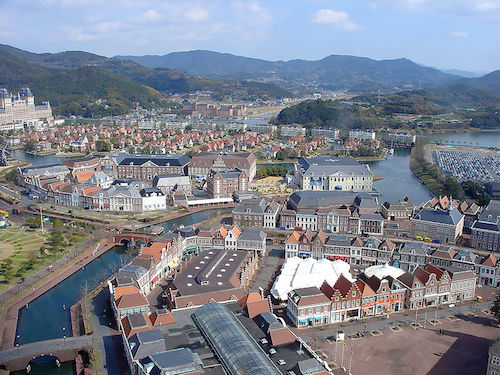 To ensure that the buildings looked genuine, he imported the building bricks from The Netherlands

Those who looked in the right part of the world: