There are lots of navigable Aquaducts in the world, but this one is rather unique as it is combined with a double ship-lock. Hence the different name. It is part of the Houtribdijk, the dam that divides the IJsselmeer into two parts. 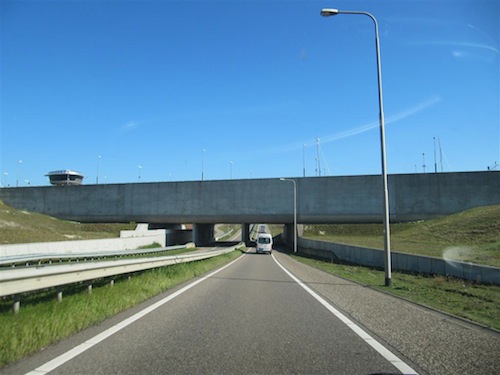 It was created in the 1990’s because the traditional lock and bridge combination caused too much delay for both road traffic as well as for the ships. 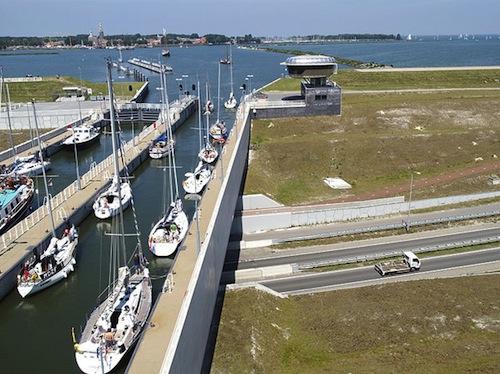 Construction was rather unique: first a small polder was created at 11 meters below sea level for the road with an irrigation system to keep it dry. Next the ‘lock bridge’ was constructed out of 7 elements with watertight seals and connected to the waterways.