The Dollard bay (in German: Dollart) is a submerged part of the river Elbe estuary and part of the border between The Netherlands and Germany.

And there is an ongoing dispute about the exact location of this part of the border, dating back to 1427 (!). Fortunately this is a friendly dispute, and despite of Google, who makes a complete mess of the border in Google Maps, this is no reason for the Dutch to occupy the harbour of Emden 🙂 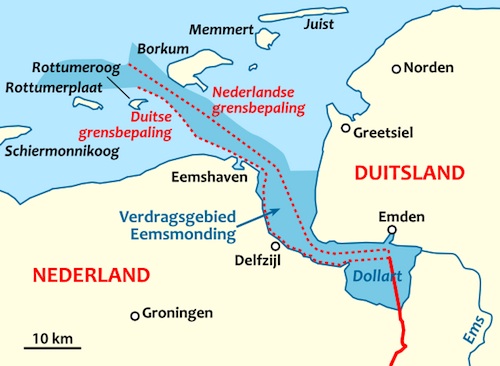 According to Google, the complete inner harbour of the German city of Emden would be Dutch territory. And obviously, the Germans are not amused by Google drawing the border in this way. Although Google is aware since a couple of years now that they did something wrong here, they still have not been able to correct this mistake. 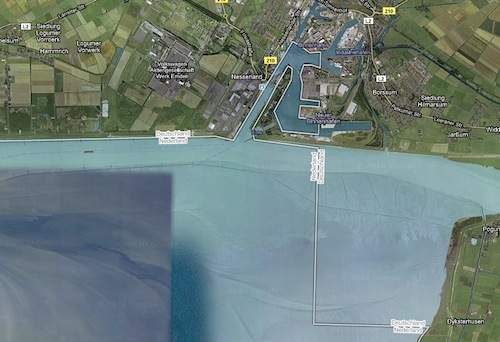 Those who did not invade the Emden Harbour

And this is the and of this series, which was won by Chris Nason after an nerve-racking duel with runners up Bill Close, eli, hhgygy and steve willis. Congratulations!
I will reset the leader-board and start the new series.