This apparent road to nowhere actually goes from a bridge into a tunnel. Peberholm, the island in the foreground, is an artificial construction built to make the transition from bridge to tunnel. WOGE player JF tells us “The larger island to the North is Saltholm, meaning “salt island”, so when the smaller artificial island to the south was built for the bridge they naturally called it “pepper island”…” The whole thing connects Malmo, Sweden, with Copenhagen, Denmark. In this pic we are looking towards Sweden. This is the longest combined road/rail bridge in Europe. A spectacular construction. 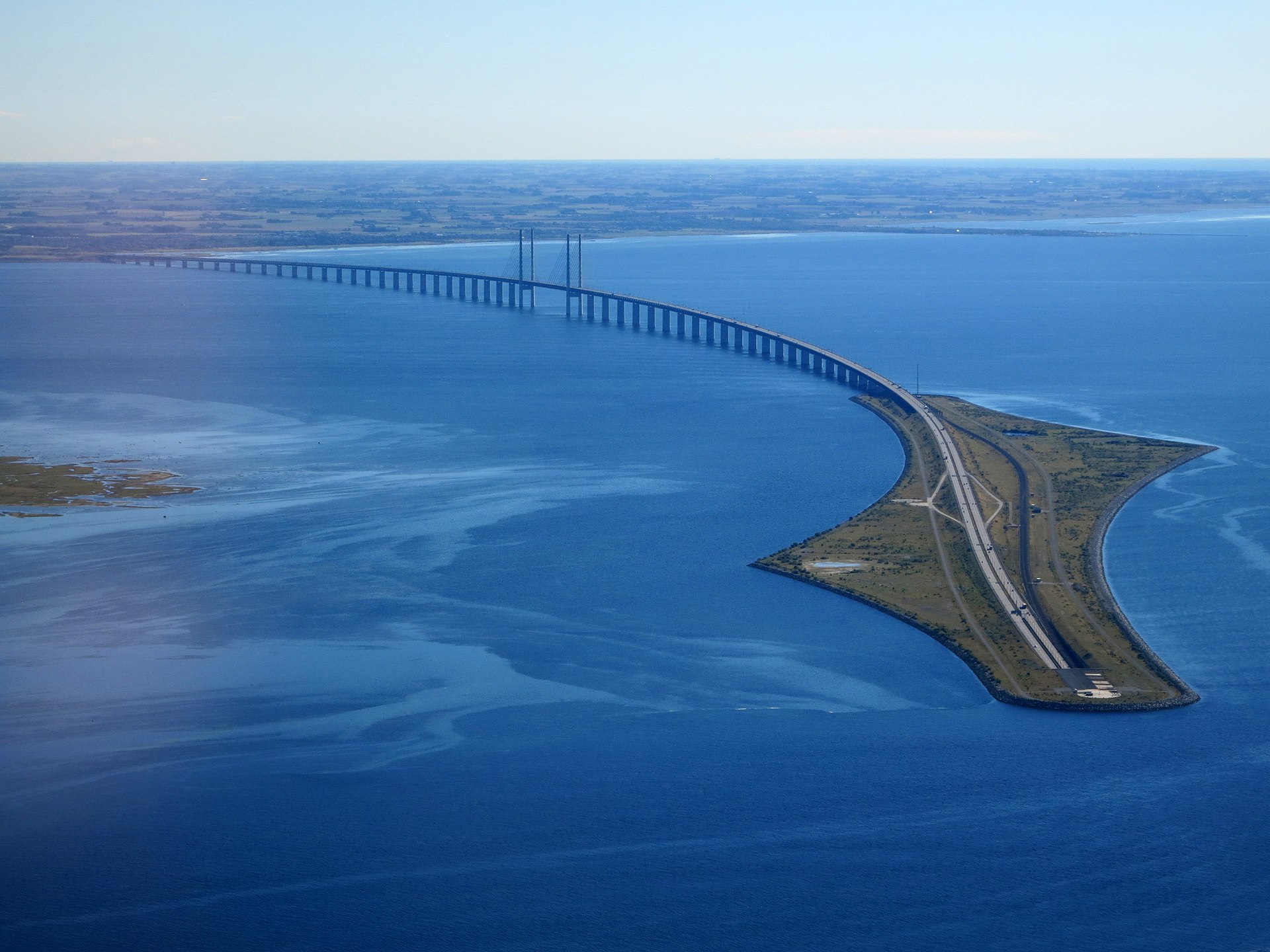 Looks like most tunnels on the inside. Nothing to see here, folks, move along: 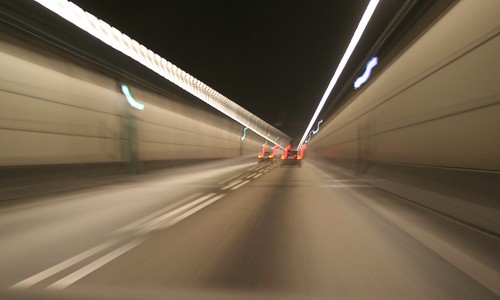 Crossing the bridge is an entirely different matter: 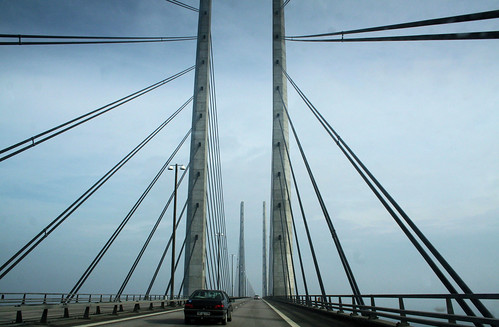 Here’s a bigger overall picture, with the bridge/tunnel aimed at Copenhagen: Those that knew their highways:

Those that need a suggestion about connections