Gloucester, on Cape Ann, is the oldest seaport in the United States. The town officially dates to 1623, before both Boston and Salem. Unofficially there is evidence that fishermen from Cornwall and Devon had been using Cape Ann as a rest stop, and place to dry fish, since around 1600. Gloucester was, and to an extent still is, a major fishing port for much of its history. For at least one vision of those that go down to the sea in ships, see the 1937 movie Captains Courageous (http://www.imdb.com/title/tt0028691/?ref_=fn_tt_tt_1) The Gloucester Marine Railways was started in 1855 (http://www.gloucestermarinerailways.com/history.htm) and has remained in business ever since. As long as there are ships on the great waters they will need repair work, and this is where they go. 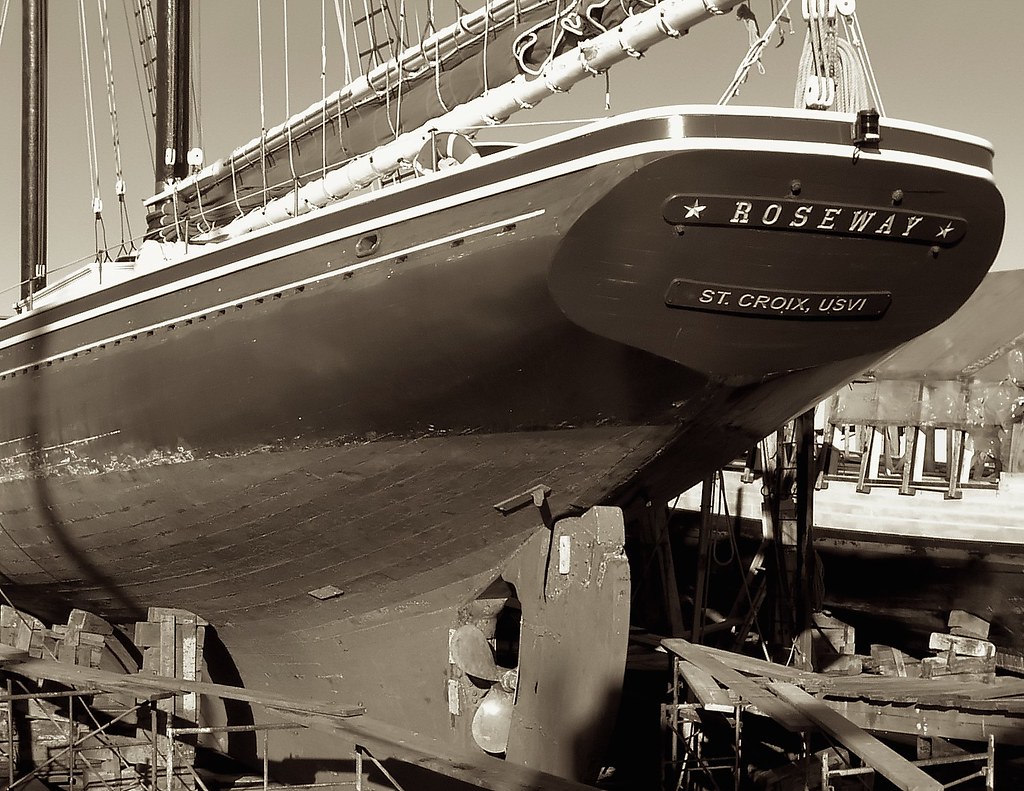 Why it is called a railway: 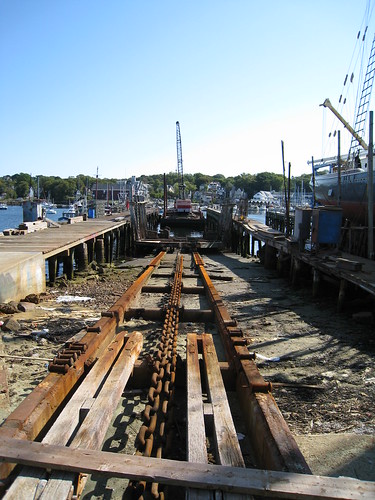 Working on the brig Beaver, replica of a ship involved in the Boston Tea Party (http://www.bostonteapartyship.com/history-brig-beaver) 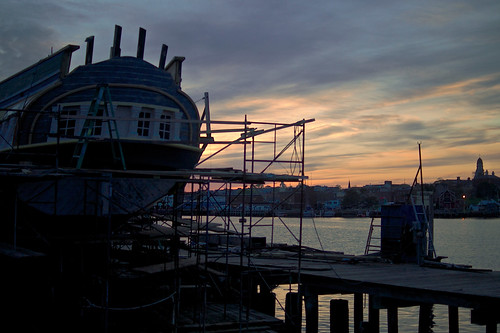 Inside a wooden ship: 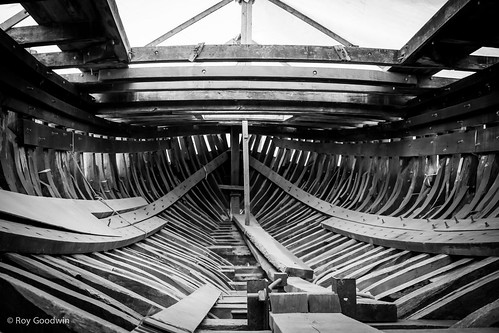 Stepping the mast onto Roseway after finishing the refitting:

And finally, how a marine railway works:

Those that went down to the sea early for 2 points:

And those needing a nautical chart, for 1 point: