Malheur National Wildlife Refuge was established on August 18, 1908, by President Theodore Roosevelt as the Lake Malheur Reservation. Roosevelt set aside unclaimed government lands encompassed by Malheur, Mud and Harney Lakes “as a preserve and breeding ground for native birds.” TR eventually created 51 such refuges during his Presidency.

TRex his own self, probably saying “Bully!”:

And the other clue, the Brewer’s Sparrow:

All the birds aren’t little. The Great Sandhill Crane:

A wild and somewhat desolate part of the world. Steens Mountains seen from the Refuge: 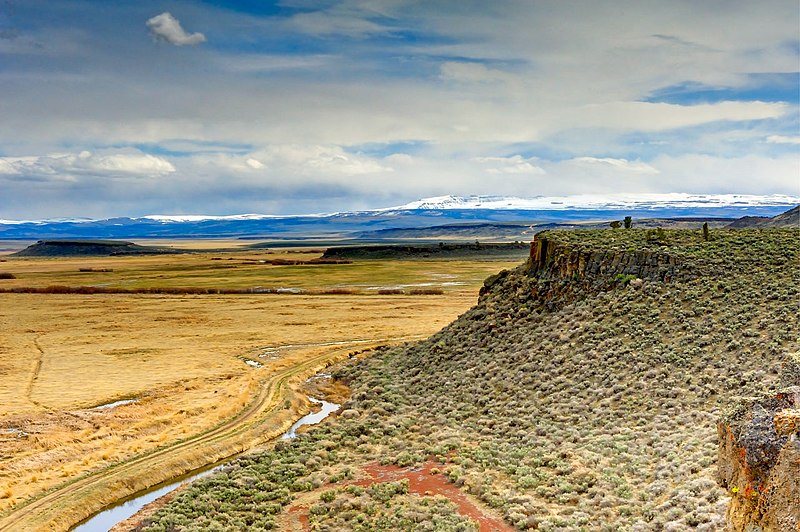 And how about this gang?

Wildlife in the area includes as many as 320 species of birds and 58 species of mammals. Searching “Malheur National Wildlife Refuge” on Flickr (https://www.flickr.com) produces an astonishing number of images of birds and critters.

Found without a shot being fired: